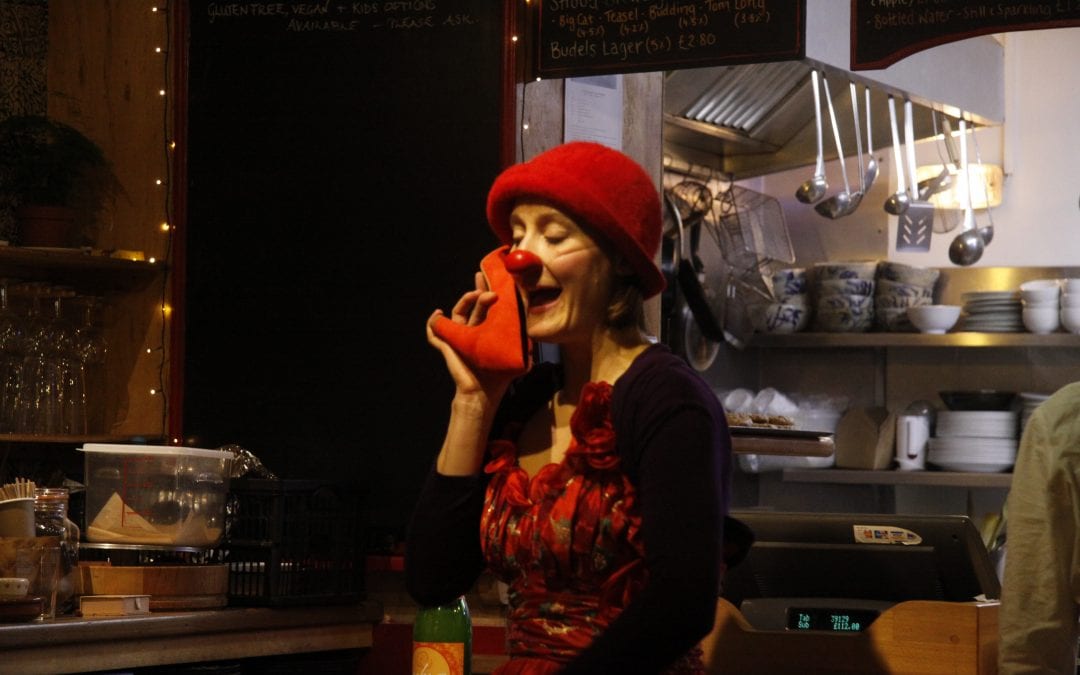 Let me introduce Rosie who will be leading the three day DAZZLE theatre workshop this February half term in Minchinhampton.
Rosie is a South West based actor and theatre maker. She studied Drama at Birmingham University and then trained as an actor at East 15 School of Acting, London. Rosie has a crazy amount of acting credits including the 24 hr Plays (Bath Theatre Royal), Helena in Midsummer Night’s Dream & Angela in Blue Remembered Hills (Feelgood Theatre, Manchester).
Rosie is also a youth theatre director and choreographer. She is currently working with Flies on the Wall Youth Theatre, Strike a Light, Shine on Stage and Barnstorm Youth Theatre. She has also run clowning workshops and directed summer school productions for many schools and theatre companies including The Tobacco Factory, Travelling Light and The Cheltenham Everyman.
She also teaches acting at Cheltenham Ladies College and Wycliffe and leads Bellyfit classes (a fusion exercise class for women inspired by Bellydance, Yoga and Pilates) and Core and Stretch classes for Forma gymnastic strength company.
Rosie is based in Rodborough with her partner and two young daughters. She is in demand! So I am made up that Rosie is finally available to bring her beautiful character, experience and passion to the children at Dazzle!