Rosie is a South West based actor and theatre maker. She studied Drama at
Birmingham University and then trained as an actor at East 15 School of Acting,
London.
Acting credits include The Yellow Wall Paper, Jocasta Mama (Red Dog /
Cheltenham Everyman) Morgana in King Arthur, Helena in Midsummer Night’s
Dream, Angela in Blue Remembered Hills (Feelgood Theatre, Manchester),
Scaramouche, The Old Spot Nativity, Servant of Two Masters, The Curse of
Elverado (The Fabulous Old Spot Theatre Company, rural touring), Where You Can’t
Follow and The Red Man (Fairground, The Tobacco Factory) 140 Million Miles
(Tobacco Factory / Oran Mor, Traverse Theatre), Amuse Bouche (Two Hoots) Love
Lies Bleeding (Jenny Wren / Cheltenham Everyman) Beckett Shorts (Drop of the
Hat) and the 24 hr Plays (Bath Theatre Royal).
Rosie is also a youth theatre director and choreographer. She is currently working
with Flies on the Wall Youth Theatre, Strike a Light, Shine on Stage and Barnstorm
Youth Theatre. She has also run clowning workshops and directed summer school
productions for many schools and theatre companies including The Tobacco
Factory, Travelling Light and The Cheltenham Everyman.
She also teaches acting at Cheltenham Ladies College and Wycliffe and leads
Bellyfit classes (a fusion exercise class for women inspired by Bellydance, Yoga and
Pilates) and Core and Stretch classes for Forma gymnastic strength company.
Rosie is based in Rodborough with her partner and two young daughters. 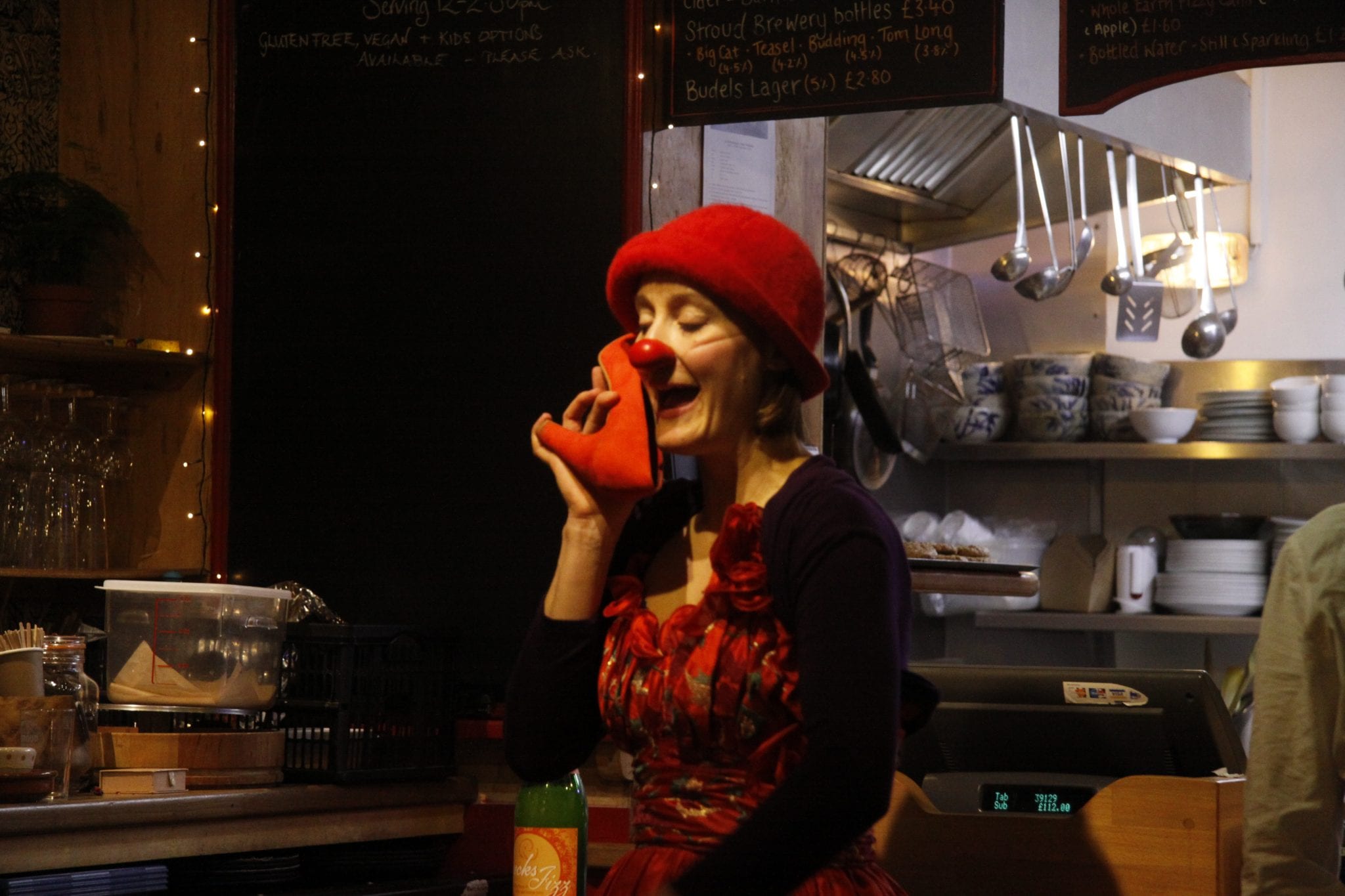 Tom
I have been incredibly lucky to be involved in theatre in Gloucestershire for over 9 years. I first attended a youth theatre as a young performer before training in Drama & Performance at the University of Wales, Aberystwyth. Since graduating back in 2015, I have performed professionally, written and directed several youth performances and I now have the pleasure of facilitating weekly youth theatre in the Gloucester area. I consider it a privilege to work with so many young people across Gloucestershire and I’m thrilled for that privilege to grow this February half term with Dazzle.